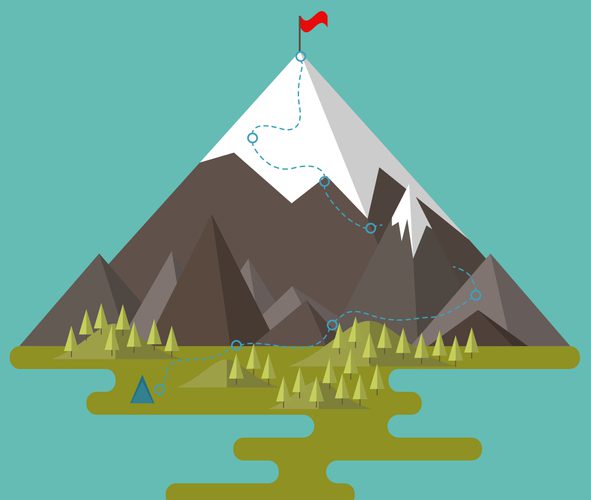 As an online marketing agency, we’re no strangers to throwing ourselves in at the deep end, given how quickly the digital space moves. Last week, a group of 19 atoms went one step further and took on a challenge that well over half of us would never have even contemplated before; tackling the infamous Yorkshire Three Peaks!

Making the arduous journey “up north” late on Friday evening after a long day in the office, we arrived in an adorable little cottage that would be our home for the next few days.

Slumping into our sleeping bags and collapsing onto the numerous bunk beds dotted throughout, we went to sleep with dreams of our impending doom circling our minds: how long would it take? Just how much are we going to hurt when we’re done? Will we even finish, or be claimed by the Yorkshire wilderness, never to be seen again?

Still a little groggy from the evening before, we were filled with optimism to see that the weather was deceptively dry and (dare we say) warm. Barely able to believe our luck, we poured ourselves into our activewear clobber, and saddled up with water packs and snacks… And off we went.

Excitement buzzed throughout the atoms as we veered toward our first nemesis: Pen Y Ghent. Blinded by optimism, we kept pace with some soldiers and maneuvered our way up, what was for most of us, our first experience of scrambling – really good fun!

The smallest of the trio of mountains we were about to tackle, we clambered and scrambled towards it with optimism and managed to make our way to the peak in just under 2 hours. There were even a few soft murmurs of “this is easy” – how wrong we were…

It was a bit grey and soggy at Whernside

Venturing towards Whernside (and stopping for some very soggy sandwiches, courtesy of the monsoon that was now upon us), we were met by the sheer size of the mountain we were about to climb – we could tell that the next few hours were bound to be a painful and very steady climb.

The abysmal weather we’d been reading about all week began to settle in as we layered up and set about our ascent. A couple of hours later after a gruelling walk, we reached the top. The wind battered us; the rain soaked us; and the wind was biting at our cheeks.

Back down – a slow descent. Reaching the penultimate end, we sheltered in a small snack shop, and warmed ourselves over a few teas and hot chocolates. Some atoms were shaking from the cold, and wondering whether we might ever know warmth ever again; a fellow climber saw that one of our group was really soaked through, and offered a spare t-shirt she had packed away in her bag. +100 points for human kindness.

Together, we glanced through the thick rainfall and contemplated the final frontier; Ingleborough.

Ingleborough: an exercise in human endeavour…

As we moved towards the third and final mountain, we were struck by the steepness of the rocks that we were about to scramble, and amazed by the queue of people waiting to tackle it. The daunting incline loomed above us – no, we couldn’t see the top, and we’d been advised not to keep guessing when we thought it might come.

Scaling upwards, we daren’t look down; although the cloud cover masking our prior steps made that impossible. And then,… finally, the LAST PEAK. Feeling accomplished, we backtracked on our final steps to make the move downwards… only to realise that there were still a couple of hours to go. If I never see Ingleborough again, it will be too soon.

It’s not the mountain itself that still brings me out in shivers, but rather, the remarkably enduring traipse that was the 5 mile trundle back to our cars. Absolutely soaked to the bone and navigating some very slippery rocks on the path, we eventually make it to the car, more ready than ever for a nice cup of tea and a lie down.

Sat in a lovely little pub just down the road from our accommodation, all so tired that we were barely able to speak or eat, we recounted our favourite moments whilst we attempted (and failed) to put away a very carb heavy meal and a couple of very well earned beers.

Chafed, blistered and sore, we finally warmed through. Most of us declared that whilst we were proud of our accomplishments, we’d likely never attempt such a feat again. 5 minutes later, we were excitedly chatting about the next atom adventure; next time, we’re going wild camping in Dartmoor.

Given that prior to this, most of us would never in a million years have ever considered either the three peaks, I’m left with the reminder that sometimes it’s not who you are as an individual that can see you through really difficult challenges; but rather, the company you keep.

Was it tough? Yes.

Was it the hardest thing I’ve ever done? Yes.

Would I do it again? Absolutely. 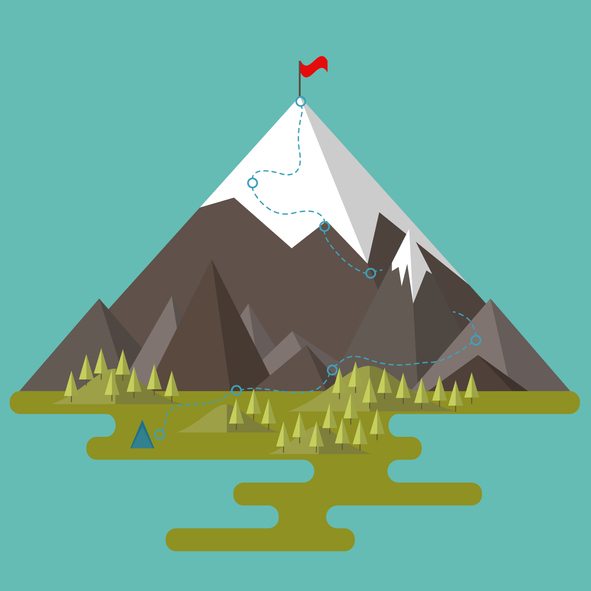