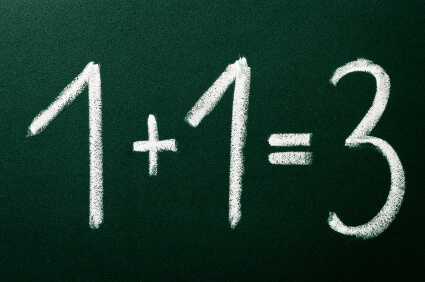 As Google’s search algorithm becomes more and more sophisticated, pressure is mounting on SEOs to figure out what exactly will make their clients’ websites rank today. Should we be concentrating on links, reviews, mentions, social indicators, content or something else?

While there are plenty of interesting studies going on in this space, it’s easy for SEOs to use their carefully collected, accurate data to jump to the wrong conclusions.

One recent study by Moz showed a powerful correlation between Google +1s and rankings. This is following a previous study which showed that Facebook likes had a strong correlation with rankings.

It’s tempting to believe that Google is surreptitiously boosting the power of its own social platform by making +1s a factor in rankings. And there is also clear evidence of number of Facebook likes correlating with higher rankings.

But in both instances, and most recently within a thread for Hacker News, Google’s head of Webspam Matt Cutts was quick to debunk the theories, pointing out that correlation is not the same as causation.

Then why the correlation?

According to Cutts; “If you make compelling content, people will link to it, like it, share it on Facebook, +1 it, etc. But that doesn’t mean that Google is using those signals in our ranking.”

Cutts suggests that companies should avoid chasing social signifiers such as +1s and likes for their own sake, in favour of creating great content which adds value to users.

How social signals can influence rankings

This is not to say that social signals have no influence on rankings whatsoever – far from it. Cutts confirmed as far back as December 2010: “we do use Twitter and Facebook links in rankings, but in addition we’re also trying to figure out a little bit about the reputation of an author or a creator on Twitter or Facebook.”

Cutts elaborated on the theme of authorship in this recent video from June, where he said: “If you can move from an anonymous web to a web where you have some notion of identity and maybe even reputation of individual authors … it’s harder for the spammers to hide in some anonymous corner.

“I think we’ll continue to look at it as far as seeing how to use rel=”author” in ways that can improve the search experience,” he added.

Using Google’s authorship code rel=”author” on content is one way of gaining a reputation with users and Google alike.

Meanwhile, Google’s advice for gaining rankings is to consider how your content will genuinely add value to your users, rather than chasing likes, followers and Google+s for the sake of it.