Google’s Enhanced Campaigns are being pitched as a way to streamline PPC marketing by targeting multiple devices within the same campaign. But how will the change affect advertisers like us?

Well, one major problem we see is the removal of keyword level bids for mobile.

This solution doesn’t allow for keyword level variations within that overall difference, variations which are crucial in deciding how we set our bids.

The atoms speak out about Enhanced campaigns

Here are some opinions on Enhanced campaigns from the atoms who work with Adwords every day:

One half of me says this is a good thing – making cross device bidding much simpler (let’s be honest, having 10 campaigns replicated 3 times for each device and then replicated again for time of day settings feels a little clunky).

The other half of me, the half that thinks about the practicalities of trying to set one single mobile bid multiplier on a campaign that has 10,000 keywords that each behave differently by device, can’t help but think this change is totally mental!

It’s still an unfinished product, so it really depends what they decide to develop between now and putting it fully live.

I think the biggest impact will be that we can’t send traffic to our mobile site. They are hopeful that this will be rectified by the enforced migrate, if that is solved this won’t have a huge effect on us. The only annoyance is that we have spent a lot of time optimising ads to target specific mobile phones and have seen an increase in CTR due to this. With the enhanced campaigns these won’t be beneficial.

Today’s announcement on Enhanced campaigns feels like a kick in the teeth for an agency like atom42.

We’ve spent the last few years splitting out and perfecting our mobile and tablet campaigns for all clients, to achieve the lowest CPCs and highest CTRs, so the decision to remove this advanced targeting feels like a massive step backwards for advertisers.

Google’s argument is that this makes mobile advertising easier for those who are not as well-versed in PPC, but if that is truly the case, then why not offer the option to run with either enhanced or standard campaigns, depending on preference?

The sentiment behind Enhanced campaigns is good, but so far its execution seems poorly thought out and is likely to have a large negative impact on our clients’ businesses.

I’m slightly less concerned by the proposed changes now we’ve had a chat with Google and asked a load of questions. The main thing that stood out was that we’re losing the ability to set keyword level bids for mobile users.

It feels like they’ve tried to mask a money-grabbing change (lumping devices together and effectively driving up overall CPCs over time) with some pretty useful features like ad group level ad extensions & individual site links reporting.

It’s a very poor attempt to pull the wool over the eyes of advertisers and agencies though who can see right through it. Although, at the end of the day, they know they’re the biggest and that we’ll still rely on them for advertising. Perhaps Bing’s market share will continue to grow in light of this?

I think Enhanced campaigns changes the game. But I cannot gripe about something I have not yet tried #timewilltell

My verdict is regarding Google’s motive behind this change.

• It’s no secret Google hasn’t seen a big uptake in mobile advertising, as they’d expected to

• As a result, mobile CPCs have historically been lower

• Google highlighted on their Q4 – 2012 call: mobile CPC numbers are key because mobile search will pass desktop search at some point

• This will cause mobile CPCs to increase, making Google more money

Regarding the ‘enhanced campaigns’, I’m really disappointed so far from what I’ve heard and read. They’ve basically taken away our ability to target users the way we should and want to, and suggest that we should leave it to their new ‘contextual device targeting’.

They sell this new update as an easier way to do PPC, which I completely disagree with. Being a marketer who enjoys dissecting, analysing and monitoring data meticulously to adapt to market trends, this update will rub me off this and make it harder to report accurately on user behaviour.

For instance, it will no longer be possible to target tablet solely as they have now decided to include tablets in the desktop and laptop target settings. This is absurd, as users are 20% more likely to convert on tablet than on desktop or laptop. Therefore it would be ideal to target these devices separately to optimise for a better ROI.

On the other hand, this update will bring forth some good features, which I believe was a poor attempt in their part to soften the blow to like-minded advertisers. They have announced the release of some of the most anticipated features alongside this monstrosity. Some of these features consist of ‘individual sitelink performance, ‘schedule sitelinks’, ‘targeting sitelinks at ad group level’.

There were also mentions of some really cool new features in the pipeline such as ‘cross-device conversion tracking’, which I believe could help push online advertising to the forefront and potentially bring together a clear attribution model. However, after briefly talking to the Google rep about this new feature and the way it will be able to track and attribute an in store conversion back to the initial online activity, I think this could raise some ‘privacy’ issues.

Sorry if this slightly sound like a rant, but I’m finding it hard to contain my frustration at this latest development. 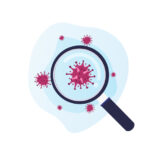 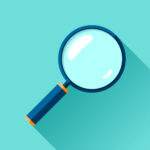 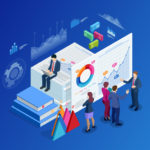 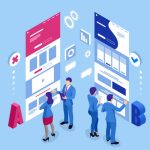