Pay for online news? no, thank you 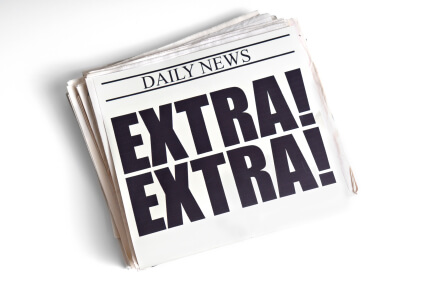 According to a recent study, we’re not overly impressed with Rupert Murdoch’s plans to charge for use of his online news sites. Of 2,000 people asked if they would ever pay for online news, 9 out of 10 said ‘No!’. Does that mean that Murdoch’s decision to charge users to access his news sites is foolish?

I wouldn’t pay for news, either, unless…

If I were asked ‘would you ever pay for online news?’, I would probably say ‘no’, too. After all, in an age when we can usually read about major events on Twitter before any of the news channels report them, why would we ever want pay for access to their content?

However, I would, and often do, pay for quality and ‘luxury’ news. I would never pay a penny for one of the shrinking number of free newspapers handed out on my way to work in a morning, but I would pay for a Sunday broadsheet with all its extras and trimmings (even though the chances of me actually reading more than a few pages are extremely small).

I have also been known to sign up to a paid members’ area on the website of a certain football team (which shall remain nameless) to gain access to extra content not available on the main website: video interviews and press conferences, highlights of reserve and youth team matches, live radio commentary on match days.

Would I pay to read The Sun online? No. There are usually only about 2 paragraphs in each image-dominated article anyway. It only costs a few pennies to buy the real thing so there wouldn’t be much value in using its site. The Times? Maybe, but only if all other quality news outlets starting charging, otherwise I’d just go for the free one.

Using a Credit Card for a 20p Article?

I’m not sure how much Mr Murdoch wants to charge his users to read an article, but I’m guessing there is going to be some sort of account that needs setting up. I certainly couldn’t be bothered to get my wallet out every time I wanted to read something and I would be very hesitant to commit to subscribing.

On the other hand, if they had a similar system to iTunes, whereby you just enter your password to gain access to a paid article and your card is billed accordingly, that might make a bit more sense. But, if I had to do that for every major news provider, it would become very tiresome.

Ultimately, they could be shooting themselves in the foot to some extent. If the site makes it harder and less convenient for me to read an article, I’ll probably go elsewhere. I would assume that I would always be able to read the news for free on the BBC’s website, which would not be good news for the advertising revenue of the Murdoch online empire.

Assuming that I actually wanted to read an article on a paid site so badly that I handed over my credit card details to them, what would stop me ‘reporting’ on what the article said on my freely available blog? I would imagine it would be very hard for a newspaper group to prevent thousands of bloggers disseminating the information freely to their users who would gain lots of traffic in the process.

The success or failure of paid news is in the method used to charge and engage with users, assuming that the users value the content highly enough to deem it worth paying for. The jury is definitely still out on the entire concept and the chances are that many will try and fail before a profitable system is developed. Until then, we’ll have to wait and see.