What really makes up an atom? 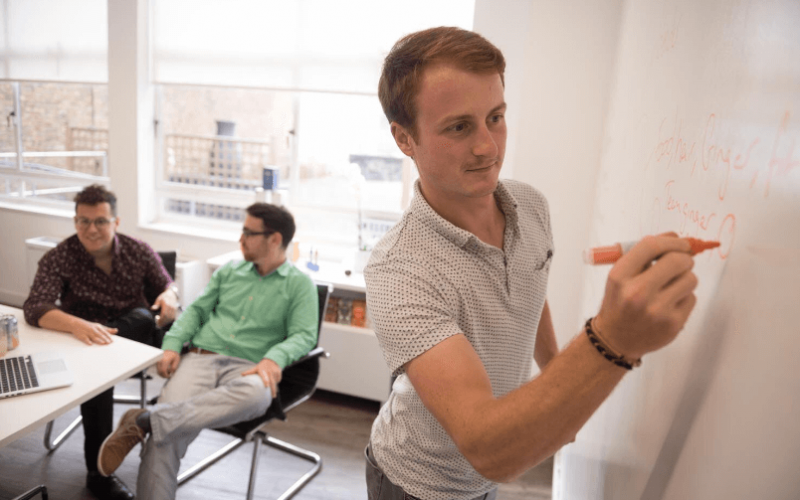 Working at atom42 is like having an extended family. Albeit a family of long lost siblings, distant cousins and only very rarely creepy uncles. We have the sporty ones, the posh ones and (several) ginger ones, but we are all very different in our own interesting ways. However that does mean when tasked with creating the perfect atom for the job, it’s more of a challenge than you might think.

Yes, we want someone motivated and passionate about digital and all the rest of the things that go along with a new recruit, but we want MORE. What we want is a beautiful combination of all the best things about our favourite people. The things that make them great. And so I bring you, the atom celebrity hybrid…

Let’s start with the godfather of communication, the man with the golden voice who could make anything interesting and engaging. Explaining complicated concepts to people is something we have to do on a daily basis at atom. Don’t underestimate the similarities between telling a confused client why PPC click through rate dropped and explaining the complexities of the twilight zone to a hungover 20-something (just me?)

Make like Nicholas Cage and take every opportunity you can get

Who better to befit the culture of never saying no to an opportunity than the man with the best facial expressions the world has seen. Steal the declaration of independence? Sure. Wear a helmet of bees? Why wouldn’t I want to do that?! You will find many opportunities presented to you at atom, from leading training sessions to kayaking around Scotland. My advice would be to take on as many of them as possible. Chances are you will learn something really valuable about yourself, and other people, that will later prove invaluable. And hey, without saying yes to everything we wouldn’t have cinematic classics like Face/Off.

While we would never ask you to drink water from elephant poo or take shelter in a camel carcass, there is something very admirable about Bear’s sheer madness and downright refusal to believe something is not possible. It’s an incredibly powerful trait when put to good use, and can pay off when you have to think of a new and innovative approach to a client problem. Rolling over and accepting defeat is not an option at atom, there is rarely a problem an excel formula or well-timed brainstorm can’t fix.

Be Beyonce, and push yourself to grow

You may be forgiven for forgetting that the sassy Queen B we all love today started as a teenager in a girl band, with little more to her repertoire than some really great early noughties classics. Yet somehow, she has reinvented herself as not only a musical superstar, but political activist, feminist, mother and superhero (probably). The culture of learning at atom is one of the most important. Everyone starts a newbie with no experience, but it’s only through pushing yourself to learn as much as possible that you can really find out your full potential.

Like Leonardo DiCaprio, don’t be put off by failure

Oh Leo. You finally did it. It took you 5 nominations and 22 years, but it finally paid off! It’s proof that sometimes you have to fail a few times to really make it. I’m pretty sure everyone else cared way more than Leo by the time he finally made the win. And although atom may be slightly less glamorous than the Oscars, the same thing applies. No one really minds how many times it takes you to get something, as long as it’s obvious you’re still trying. Everyone has to fail (at least) a few times in their life to understand how it really feels to finally get there, even if it’s just finally getting that last ad uploaded to Facebook…

So realistically, merging the faces/bodies/minds of our ideal atom celebrities would not create the exact person we are looking to join us at atom HQ. But if you can channel your inner Nicholas Cage, Beyonce or David Attenborough, then we want you. Plus the baking skills of Mary Berry, or pong skills of *insert famous ping pong player* are always welcome too.

Like the idea of working for atom42? Apply today. 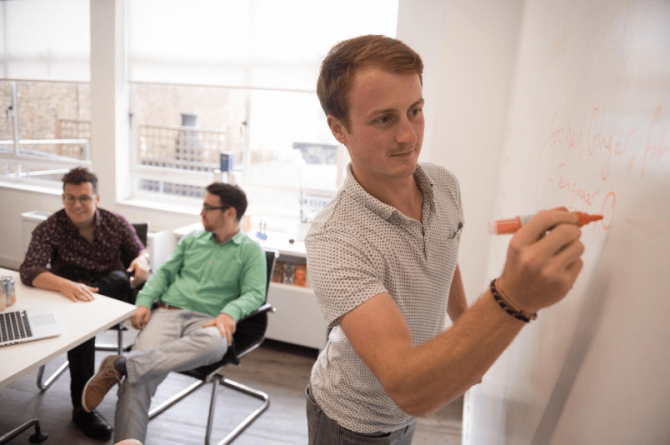