The dark side of Google 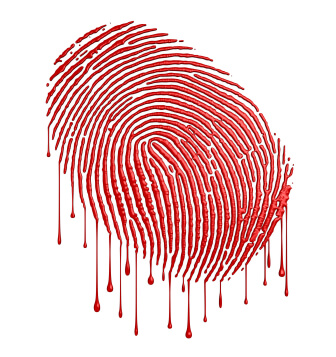 I love Google – I can’t live without it – its magical algorithm and easy-to-use interface and layout. I’ve tried to use Bing for a week solid – just to see what it was about – and I’ve tried Yahoo (and didn’t enjoy the experience at all). Both times I found myself heading back to the safe walls of Google within a couple of days.

Perhaps it’s just the familiarity that has me hooked, but I digress… I wanted to talk about the other side to Google, as there is (some would say ‘of course’) a negative side to Google, too. While, more often than not, this is the case with any company, it’s all the more prominent with the big ‘G’.

Why I’m starting to worry

So what is there to dislike about our beloved search engine? For me it’s only really been in the last year that I’ve called into question my devotion to Google. And it seems so many things have happened between then and now.

The most recent of which has been an interesting article over at VentureBeat where they discuss how for every new product Google releases there are always other companies that suffer. Google Maps? What about TomTom, Garmin and the like that offer the same services, but not for free. Or simply, what about the dozens of other small search contenders that offer a niche search experience?

We’ve talked in the past about alternatives to Google, but these fall by the way side as soon as Google integrate a similar service into their engine. There is no finer example than the recent up-to-the-minute tweet inclusion to Google – so long specialist Twitter search sites.

Another huge debate during 2009 has been Google’s fight with the book industry. While trying to digitalise the world’s written word they have angered a fair few people, including Internet giant Amazon. I happen to think it’s a great idea to digitalise books – but then I don’t make money from selling books, so I lack their perspective.

There’s even a whole country that doesn’t love Google: China. Censorship began in 2006 and has been a strong topic since. It doesn’t help that Google pride themselves on their freedom of speech and by censoring themselves are being a little hypocritical. Despite this, Google are the least censored search engine in China.

The last, and perhaps biggest, negative I want to mention is always in hot debate. Privacy. The never-ending discussions on Google’s huge amount of knowledge, well, never end… If, like me, you have a Gmail account, Adwords account, search with Google, share your photos with Picasa, and use GoogleDocs, then chances are Google know a fair bit about you.

Personally, I have very few problems with them knowing my information – at least until they share my personal details with someone else.

I guess there will always be losers

So it’s easy to see there are losers in Google’s battle for supremacy, but then perhaps that’s just business? It’s just a shame that we’ve seen, and are going to see, plenty of very useful sites disappear over time, many of which were far more valuable than Google’s version of their services.

Conversely, products often fall by the wayside simply due to people’s inability to adapt. I suppose I should really give Bing another try…