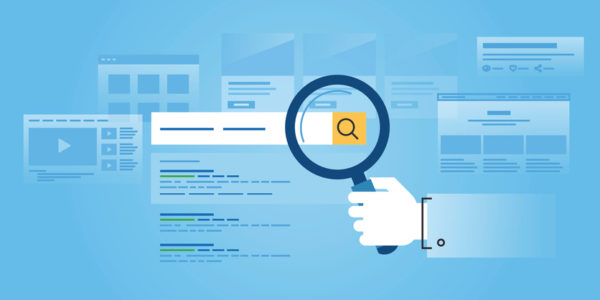 As Google release their Year in Search trends data, we at atom42 have started to reflect on the ups and downs, changes and trends that occurred in search in 2016, to better understand the changes, their impact and what it may signal for search in 2017.

Below you’ll find some of the bigger changes to happen in organic search in 2016, along with some thoughts of what this might mean for the future. We’ve also been staring into your crystal ball to create some predictions for SEO in 2017.

After what felt like an eternity for affected sites, (but in reality was a lengthy 2 year wait), Google finally updated the Penguin algorithm in 2016 with one big change; it now runs in real-time.

As you may remember, the Penguin algorithm is used to catch out sites using blackhat or otherwise spammy tactics to build backlinks to a site. This includes links from link farms, paid links, link exchanges and a whole host of other factors they deem unworthy.

That much has been the same for Penguin from the beginning, but a couple of changes to this algorithm mean that it’s now running in real-time, with Google also announcing they’ll no longer confirm updates to Penguin.

For SEOs the arrival of real-time integration is a welcome relief and means that the impact of both link building and link cleanup will reap more immediate benefits, something that has often been a problem when trying to prove the value of link building projects and recovery work.

Of course real-time also means it’ll be less easy to know if penguin is at the root of any drops in rankings  or traffic, but it does mean that SEOs need to be more vigilant, and therefore less likely to fall into bad habits, with any negative fallout felt much more quickly going forward.

Google made a large shift towards mobile

A big announcement towards the end of 2016 was that Google would be shifting their index from desktop first to mobile first.  This news has created some confusion around who might be affected, but in simple terms, it means that Google will curate and display SERPs data based on the mobile version of a site, rather than the desktop version as is current practice.

If your desktop site has different content to your mobile site, you’re going to want to review this fairly quickly, and ensure that all the content you want from desktop appears on your mobile site, or run the risk of ranking drops.

We recommend this SEM Post guide on the Mobile Index, to learn more about what it means, and how best to be prepared.

This is a pretty big move from Google, as it fundamentally alters which index is used for rankings, but Google themselves have stated they don’t expect it to cause huge fluctuations going forward, although if the reported November 10th fluctuations WERE mobile-first related, then a few sites could still be in for a shock..

Alongside the mobile-first index announcement, 2016 also saw AMP pages become a larger focus of the SERPs. Throughout the year Google have made changes that mean AMP pages now appear amongst the core results, and have also recently added AMP pages to image search too, signalling that they’re intent on AMP becoming a standard for mobile search going forward.

Both the above changes show that Google is taking active steps to make mobile a priority, both in terms of the results it’s showing, and the experience it delivers to users who choose to use their search engine on mobile.

With the right hand paid ads being removed earlier in 2016, the organic SERPs have seen themselves relegated further down the page, with the 4th paid ad taking up valuable real estate. On mobile especially it’s common for the first organic listing to be the Local Pack (itself reduced from 7 to 3 listings last year), meaning Local SEO has become even more competitive over the past year.

Alongside the visible changes, Google also released a new local algorithm which took on the name of Possum, and focused on cutting out spam listings, widening the local ‘area’ that businesses could appear from and filtering businesses that use the same address.