Facebook faltering? A look back at 2018 on the social network 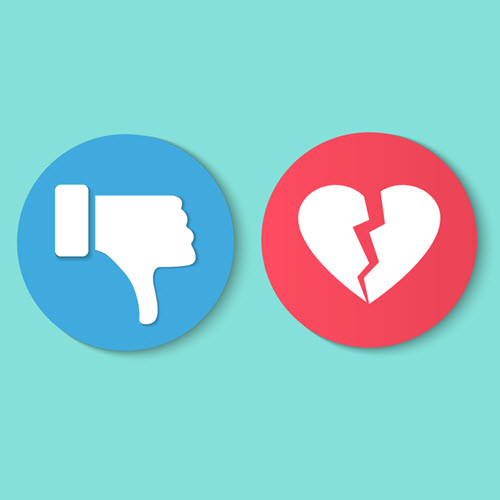 After coming under intense scrutiny for the way it handles user data, the issue of fake news, and further revelations about political ad-targeting before the 2016 U.S. elections, Facebook’s reputation took a hit in 2018.

Their stock price has also fallen, and some shareholders called for Mark Zuckerberg to resign as chairman. Despite Zuckerberg committing himself to fix “important issues” with his platform at the start of last year, user trust seems to be at an all-time low.

A recent New York Times investigation revealed how “Facebook gave some of the world’s largest technology companies more intrusive access to users’ personal data than it has disclosed,” stating that “personal data has become the most prized commodity of the digital age”.

Facebook executives accept that they have to regain people’s trust. Over the past few months, they’ve started to downrank stories with false headlines, introduced restrictions on ‘low quality’ ads, and have removed over 5,000 ad targeting options to ‘prevent discrimination’. There is still plenty of work to do away from simply improving the in-app experience, and it’s likely that similar steps will continue to be taken in 2019.

There were some alarming statistics in Facebook’s Q2 and Q3 reports. For the first time in the company’s history, Facebook saw its active user base decline in Europe. Daily active user growth in the U.S. and Canada has also stagnated, which could continue over the next 12 months. 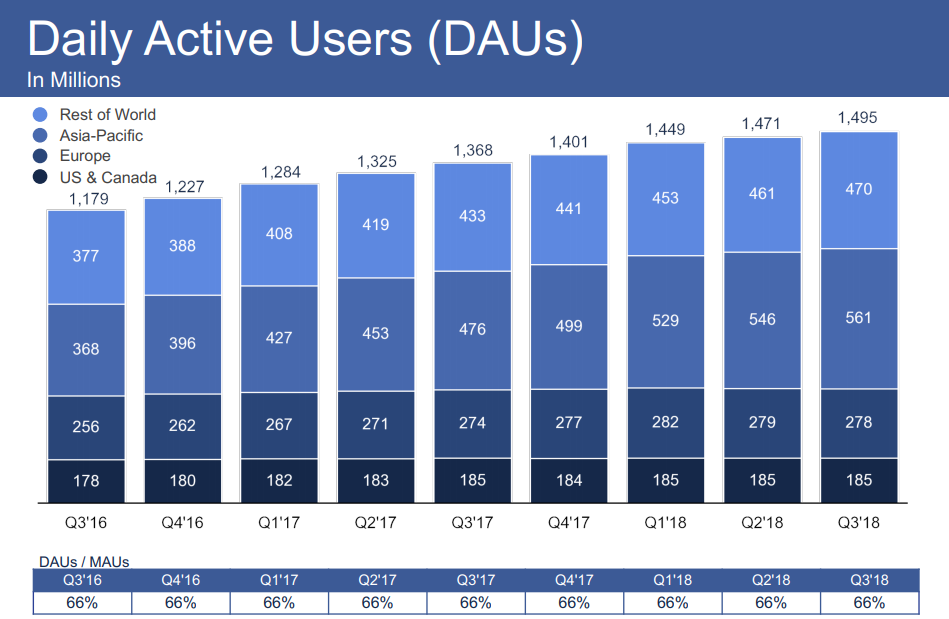 Early last year, FastCompany reported that people are also spending less time on the platform, referencing figures from 2016 and 2017.

With over 2.2 billion active users, Facebook is clearly still in a strong position, but these figures will raise eyebrows.

All good on the ‘Gram (for now)

While alarm bells have started to ring at Facebook HQ, it should be noted that the success of their apps – Instagram, Messenger and WhatsApp – mean the tech giant will continue to grow over the coming years.

“According to some projections, Instagram is expected to drive the majority of Facebook’s ad revenue growth in the near future. And though Facebook has held on to a sizable share of global mobile ad revenue for a while now, this total figure is expected to nearly double between now and 2021,” wrote The Guardian.

Instagram had a very successful year, hitting 1 billion monthly users in June, up from 500 million in September 2017. The Stories feature has helped to dwarf Snapchat in terms of growth rates, while e-commerce brands have flocked to the platform to advertise their products online.

It wasn’t all plain sailing over on the ‘Gram’, though. In September the co-founders of the photo-sharing app, Kevin Systrom and Mike Krieger, both left in order to “explore our curiosity and creativity again”.

Facebook purchased Instagram for $1 billion in 2012, but in recent years there had been rumours of tension between the pair and its parent company. Now it remains to be seen what major changes the new Head of Instagram Adam Mosseri, formerly in charge of Facebook’s news feed, introduces.

Zuckerberg had a major wake-up call in 2018. While there have been some concerning trends for Facebook, perhaps a true indication of user trust will become apparent over the next 12 months.

It looks like they’ll continue to roll out in-app updates, with the intention of improving the user experience to seem more trustworthy. The algorithm shift one year ago was designed to prioritise family and friend interactions over posts from brands, and in November they introduced a dashboard to monitor how much time you spend on the site.

Facebook has largely left Instagram alone since the takeover, but perhaps users will begin to see more sponsored posts appear when swiping through Stories and scrolling down their feed.

Can they repair their poor reputation? In my opinion, for those in the know, the damage has already been done. The investigations into how they treated user data will not be going away anytime soon. However, many of the 2.2 billion users will be unaware or unconcerned about the issues, which is exactly what Facebook will be hoping for.

If you’re unsure how to get started with social media marketing or want to get better results from your existing campaigns, get in touch with our team.