Why it’s OK Not to Have a Social Media Strategy 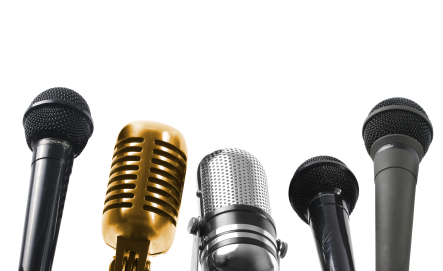 Social is the new buzz word. Everyone’s doing it, and everyone’s talking about it. Buzz Tracking, Social Media Monitoring, Perception management – it’s all big business now, with agencies popping up all over the place specialising in this market alone.

Meanwhile, marketers are running around trying to get in on the bandwagon which, without proper consideration, may not even take them anywhere.

I can just imagine the water-cooler moment with two marketing heads talking about how amazing it is that Facebook has grown so fast, before immediately deciding that they need a corporate Facebook page. A month later, they’re starting a Twitter account and presenting to their bosses about how they’re at the forefront of digital.

While this ‘social media strategy’ may get them a pat on the back, it rarely results in any genuine business success, neither does it really represent any form of strategy. However, you could argue that the only thing wasted is a bit of time, so it’s not a huge problem. This is true only until we realise how significant the gain may have been – as which point the opportunity cost becomes quite significant.

The problem arises from today’s action-led corporate world, where we are obsessed with all things ‘doing’. What we’re doing, what we’ve done and what we’re going to do. As long as we’re doing, our salaries are safe.

When developing a social media strategy, we advise a different approach. Just this one time, park being proactive and instead, realise it’s ok to not know what you’re supposed to do. Only with this mindset will you be able to extract from the new and exciting world of social media the real value. After all – this is not an arena for you to flex your corporate biceps, but rather to sit quietly. Listen. Absorb. Consider.

When search marketing started booming, it was a revolution. Representing ‘pull marketing’, search allowed companies to target active consumers who were genuinely ‘in the market’. As the consumers were in charge, they didn’t mind being fed messages by companies trying to bid for their business as they had, in fact, requested it. This happy relationship meant we could all go about our business, lining the pockets of Google.

The mindset of a social surfer is entirely different. They’re not calling your customer service centre or placing an order online, they’re just chatting. It just so happens that the online world is so transparent, you know exactly what they’re chatting about. Whilst the ‘doing’ urge might be strong, it would be rude to barge in.

The first problem is that consumers are bored of companies trying to sway their opinion. And to be fair, you can see why, given that an average person is exposed to 1000s of marketing messages each and every day.

The second problem is that a company’s urge to ‘do something’ often results in a defensive approach, rather than a creative one. My favourite example is from EA Sports, who responded to a video posted by a customer on YouTube.

The ‘Jesus Shot’ showed Tiger Woods being able to walk on water due a bug in the PGA Tour 2008 EA Sports game. Clearly a glitch, a natural response would have been to run off and try to fix it for the next release. Perhaps communicate with the poster about the fix, send him a free game as a thankyou for his feedback, and assume you’ve correctly leveraged ‘social’ to its full potential.

EA took a different tack, using this feedback to create a reply which has now been viewed over 3 million times. Had EA not tracked the space with such an open and creative mindset, this initiative would never have occurred, and their brand would have been interacted with 3 million times less.

Let the consumers take the lead

At the very least, you should set up some Google Alerts for your company name, your competitors, and indeed the core terms relating to your market and offering. Make a list of some of the key sites you know where people discuss what you offer and check them regularly.

Check in on Facebook every now and then to see if there are any groups which related to what you do, hunt out relevant blogs, track the twitter space closely to get a feel for the zeitgeist of your industry – immerse yourself in your consumers.

With the correct systems in place, it’s possible to learn more about your audience than ever before. What they like, what they hate, what they tell their friends and what they fear. Intelligent, considered and creative analysis of what you find can lead you down many a road which you had not even considered.

As we said – it’s ok to not have a social media strategy just yet. In fact, we think that’s the whole point…